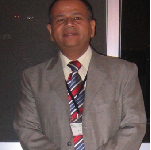 Beni-Suef University, Egypt × Biography Arafa H Aly has completed his PhD at the age of 35 years from Cairo University and postdoctoral studies from Soeul national university, Chonnam national university, ICTP, AUB, and Zaragoza University. He is the chairman of Eg-MRS which is the oldest scientific society in Egypt and Middle East. He has a distinguished 25-years career in material sciences and optical and acoustical applications. He has supervised for many master's and doctoral theses organized more than 40 conferences. He has published more than 150 papers in reputed journals and has been serving as an editorial board member of repute.
Close 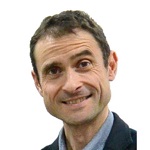 Alain Celzard graduated in chemical physics in 1992 and received his PhD in materials science in 1995 in Nancy (France). Since 2005 he is full professor at ENSTIB engineering school (Epinal). In 2010 he was appointed Junior member of the Institut Universitaire de France. His scientific interests deal with disordered, porous and related materials, ranging from composites and nanoporous adsorbents to macroporous solids and disordered materials for catalytic, environmental, energy, or electromagnetic applications.
Close 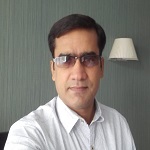 Dr. Niti Kant is a Professor at Department of Physics, Lovely Professional University, Phagwara, Punjab, India. He received Ph.D. degree in Plasma Physics from IIT Delhi in 2005. His research is focused on the areas of ultra-short intense laser interaction with plasmas and semiconductors, laser-plasma based accelerators, harmonic generations and THz radiation. He has supervised 26 PG and 7 Ph.D. students and published more than 80 research papers in various international SCI journals. He visited several countries e.g. UK, USA, Poland, South Korea, Egypt etc. and presented his research work at various international conferences/workshops. He is also a member of different renowned associations/societies e.g. OSI, PSSI, ISCA, IET, UKRI etc. Dr. Kant has been receiving Research Excellence and Research Appreciation Awards from Lovely Professional University since 2014 consecutively. He was also awarded with Best Researcher Award for 2020 by InSc and Science Father agencies.
Close 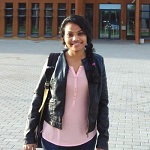 Sangeetha Balabhadra has completed herPhD from the Department of Physics, University of Aveiro, Portugal. She has been working as a postdoctoral researcherinUniversity ofCanterbury, New Zealandsince 2018. She has published around 15 papers inreputed journals in the field of luminescence materials and it’sapplications.
Close

Dr. Yan received hisPh.D. degree in National Astronomical Observatories (NAO)of Chinese Academy of Sciences (CAS) in 2018. From 2015-2018 he was a research assistant in the Center for Operation and Development of LAMOST Telescope. He is currently an Associate Professor of Physics at the College of Physics and Optoelectronic Engineering, Harbin Engineering University (HEU). He is the co-founder of the Advanced Photonics Institute (API, http://api.hrbeu.edu.cn) and the team leader of astrophotonicsgroup in API since 2019. In 2021 he joined the HEU Qingdao Innovation and Development Base as the laboratory sponsor of the Ocean Optics Engineering Technology Research Center.His research interests include the design and development of integral spectrograph systems for astronomical instrumentation, fiber-optic instrumentation, hyperspectral imaging, fiber interferometry, in-fiber integral optics, and image processing. His team has completed the project of developing a pair of large-field integral field units (IFUs) which has the highest fibernumber densitywith 8064 fibers (4032 fibers in each IFU head). The IFUs will be shifted to Yunnan Astronomical Observatories, CAS in this summer to be equipped on the Fiber Arrayed Solar Optical Telescope (FASOT). The FASOT can first achieve three dimensional polarized Solar optical observation using the hyperspectral imaging technology with IFUs. Now his team is investigating a new scrambling method using in-fiber integral technology to realize high scrambling gain with high coupling efficiency for stellar interferometry. And he is also engaged in the research of application of three dimensional hyperspectral imaging technology in ocean optics.
Close 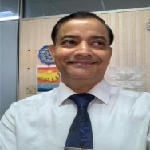 Dr. Sib Krishna Ghoshal is currently Associate Professor of Physics at the Faculty of Science, University Technology Malaysiasince 2010.From2004-2010worked in the Physics Department and Materials Science Program of Addis Ababa University, Ethiopia, Africa as Associate Professor in the United Nations Development Program for the expansion of Graduate Studies. He served assenior lecturer and promoted asreader at Guru Jambheshwar University of Science and Technology, India during 1998-2006. He received PhD degree in Condensed Matter & Statistical Physicsin 1996 from School Physical Sciences, Jawaharlal Nehru University (Delhi, India). Carried out two post-doctoral researches one in Martin Fisher School of Physics (Brandeis University, USA) during 1999-2000 and the other in a joint research project of Indian Institute of Technology (Delhi) & Oxford University (UK) in 1996-1998. Supervised few Master Theseswith Nicola Marzari (MIT, USA)and worked with Sir Roger Elliotte (Oxford, UK), K. P. Jain (IITD), B. Chakraborty(Brandeis, USA)& S. Dattagupta (SPS, JNU). He receivedMasterDegreein Physics in 1989 from Premier Presidency University, CalcuttaandBSc (Physics Honors)degree in 1986 from Calcutta University.Besides having a long innings-spanning almost three decades in teaching Physics/Materials Sciences at various levels and advising an appreciable number of doctoral and masters theses, he possesses a remarkable research profile too. He published over 600research articles (339in Journals with total impact factor of 675), 15 book chapters, and 7books.His Google scholar h-index is 38, i10-index is 111and citations are 4840. So far, he received 55research grants, supervised 25PhD, 80MSc, and 65undergraduate thesesstudents. Heis listed as top 2% scientistsin physics worldwide in 2020.His recent research interests are in Advanced Optical Materials, Statistical Condensed Matter Physics, Nanomaterials Synthesesand Applicationsincluding NanoBioMedicice, Laser Physics, Simulation and Modeling as well as Nanoscience. One of his major concerns other than research pursuits is the social impact of science and technology on environment, marginalized societal groups deprived of higher education, and the imbalances thereupon in the distribution of its fruits and adverse impacts on these stakeholders.
Close 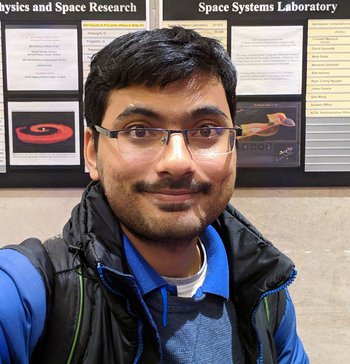 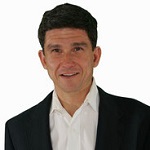 W. “Todd” Penberthy, obtained his PhD in biochemistry at the University of Tennessee, Memphis focused on transcription factors before training at Tufts New England Medical Center and UCLA focused on developmental biology of hematopoiesis and neurogenesis. As a faculty at the University of Cincinnati he led drug discovery collaborations using the zebrafish animal model of human diseases for small molecule discovery in collaboration with fortune 500 pharmaceutical company. Since, 2012 he has focused on providing continuing medical education (www.CMESCRIBE.com) writing for physician education/board certification while also providing biomedical scientific research and writing services.
Close

Giacomo Borraccini received the Master Degree in Electronic Engineering in Politecnico di Torino in October 2019 cum Laude with a thesis about Raman gain optimization in multi-band optical transmission. Since November 2019, he is a Ph.D. candidate at Politecnico di Torino in Electrical, Electronics and Communications Engineering in the team PLANET within the Optical Communication (OptCom) group. The research activity undertaken is focused on multi-band amplification systems in open optical networks, maintaining collaborations with Cisco Photonics and the LINKS Foundation laboratories. Since June 2020, he has actively contributed to the development of the GNPy scientific library within the Telecom Infra Project (PSE working group). Currently, he is president of the OSA Student Chapter Torino.
Close 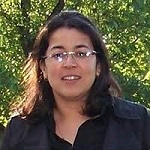 Born in Toulouse (France), Souraya Goumri-Said is associate professor of Physics at Alfaisal University (Riyadh, KSA). She received her PhD degree from the Bourgogne University in Dijon (France) on 2004. Souraya spent one year in Val de Marne University as temporary assistant professor then joined the condensed matter group in physics department of technical university of Kaisterslautern in Germany on 2005. From 2006 to 2010, she was awarded different research fellows in France and Belgium as postdoctoral and assistant professor at Maine University (Le Mans, France) from 2006 to 2008. Then she worked as researcher at Namur University (Belgium) from 2008 to 2010. Souraya worked and managed an industrial project within Arcelor Mital research and development department in collaboration with three universities in Wallonie region in Belgium. From July 2010, she was employed at KAUST University (Saudi Arabia) before joining Georgia Tech where she is working as research scientist within Prof. Jean-Luc Bredas group at the School of Chemistry and Biochemistry and Center for Organic Photonics and Electronics. Her main area of research is density functional theory applied to material science and modeling the physical properties of functionalized materials such as perovskites, ceramics, carbides, nitrides, and materials for storage hydrogen. She also specializes in modeling optical, photonic devices and nanostructures for photovoltaic applications. Souraya is editor of open Physics (former the central European journal of physics,) within Dedegruyter edition since 2008. She edited her first book on 2006 about ab-initio methods applied to physical properties of semiconductors nitrides and perovskites. Souraya is author and co-author of more than 143 papers, 6 chapters and books with h-index=28. She joined the advisory Editorial Board of computational condensed matter journal at Elsevier.
Close 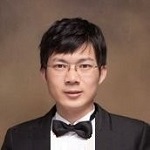 Dr Weiping Wu is a Professor at Shanghai Institute of Optics and Fine Mechanics, Chinese Academy of Sciences. He graduated with a bachelor’s degree in Material Science and Engineering at Shanghai Jiao Tong University in 2004. He received his Ph.D. in chemistry from the Institute of Chemistry, Chinese Academy of Sciences in 2010. From 2010 to 2013 he worked as a Research Associate at the University of Cambridge. He worked on optical metamaterials at the Optoelectronics Research Centre (ORC), the University of Southampton as a Research Fellow from 2013 to 2015. He took the George Daniels Lectureship at University of London in 2015 and worked in the UK till 2020. He has published more than 50 papers with total citations over 4000 and an h-index of 32. He was the chairman of Chinese UK Group of Society of Chemical Industry from 2015-2020. He is a member of the Royal Society of Chemistry (RSC) since 2012 and a Senior Member of OSA (The Optical Society) since 2020. He is one of the young observers of the International Union of Pure and Applied Chemistry (IUPAC) 47th Congress, 50th General Assembly and Centenary, Paris in 2019.
Close 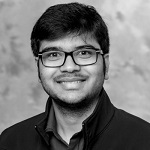 Somnath Biswas received his BS from Ramakrishna Mission Vidyamandira (Belur, India) in 2013. He obtained his MS from Indian Institute of Technology (Kanpur, India) in 2015. He received his Ph.D. from The Ohio State University under the supervision of Professor L. Robert Baker in 2020. Currently, he is a postdoctoral researcher at Princeton University with Professor Gregory D. Scholes. His research interests are in ultrafast spectroscopy, electron{phonon interaction, surface electronic structure, and quantum information science. He is a recipient of the Presidential Fellowship award from The Ohio State University and the Academic Excellence in Research award from the Federation of Indian Associations, USA.
Close

Global Scientific Guild organizes conferences and webinars to promote quality research and real world impact in an atmosphere of true international co-operation between scientists, doctors, professors, practitioners, engineers and industry by bringing together the world class renowned personalities to discuss the latest developments and innovations at one common platform.